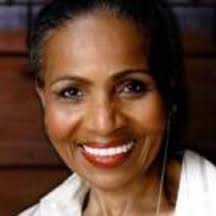 Ernestine Shepherd is a Baltimore native who is the World Record Holder for Oldest female body builder. She will be 80 years young in June of 2016.

Ernestine “Ernie” Shepherd, at age 79, is a personal trainer, a professional model, a competitive body builder and happier and more fulfilled than she’s ever been in her life. In March of 2010, on state in Rome, Italy she was formally given the title of World’s Oldest Performing Female Body Builder (by Guinness World Records.)

Mrs. Shepherd is in better shape than most people, decades her junior. Up at 3 a.m. every morning, she spends her days running, lifting weights and working out. She also works as a certified personal trainer at her gym.

Feeling better than she did at 40, Bodybuilding Champion, Ernestine Shepherd, shows us that “being out of shape” as we age truly is merely an option – NOT a mandate! She is a role model not just for senior women everywhere, but for every one of us. Ernestine believes in encouragement, inspiration, and family support as she lives by her mantra, “Determined – Dedicated – Disciplined To Be Fit”