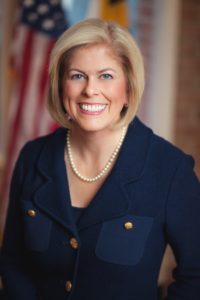 Laura Neuman Volkman of Annapolis was named the 2010 Spirited Woman in Balance at the annual Spirited Women of Baltimore awards. At the age of 18, when she had just moved out of her parent’s home in Baltimore, she was tragically raped by an intruder who entered her apartment. Her case remained unsolved for almost 20 years, but because of her determination and continuous follow-up with police, her perpetrator was finally arrested in 2002 and sentenced to 15 years in jail. Since then, she has become an advocate for the rights of rape victims, and launched her own foundation to help get others to come forward and push their local police departments to have “cold cases” reopened. She also fought for the DNA Database Legislation for Maryland, which was enacted in 2008.

Professionally, she started her career as a customer service at T. Rowe Price, then went on to lead sales teams at technology companies, such as Digex, and, ultimately, became the CEO of Matrics, one of the most successful venture-backed companies in the mid-Atlantic region (which was acquired by Symbol Technologies). She served for many years on the board of Baltimore’s NAF High School and is currently on the board of the Dingman Center for Entrepreneurship at the University of Maryland. She continues to speak about business throughout Maryland.