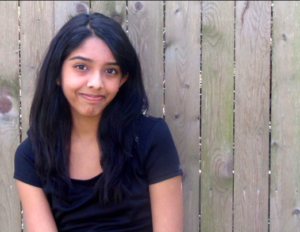 Medha Reddy has strived to give back to her community since her early elementary school years. By age nine, she was working with peers to decorate nursing homes during the holidays and to pack bag lunches for the homeless. This spirit of volunteerism earned her recognition by President George W. Bush at the 2009 Turkey Pardoning.

Her efforts to change her community for the better have only expanded with age. She has worked with the Mid-Atlantic Make-A-Wish Foundation, Chesapeake Bay Foundation, Montgomery General Hospital, and her local Key Club, where she serves as Secretary.

Medha’s true passion, however, is serving as an advocate on behalf of her peers. She has recieved training from Youth Leadership Montgomery and Maryland Leadership Workshops. During her time at Maryland Leadership Workshops, Medha helped to develop the Student Bay Advisory Council under the Chesapeake Bay Foundation to allow students to design awareness and volunteer efforts which appeal to their peers and ensure the movement spreads into the next generation.

Medha has served as a representative of her peers in organizations ranging from Youth for National Change to Montgomery County Regional. In 2013, Governor Martin O’ Malley appointed her to serve as a member on Maryland Youth Advisory Councils, where she later served on the executive board.

Wanting to expand youth rights to participate in government and politics, Medha has also formed her own youth legislative councils. The Councils’ efforts earned them recognition by the International Future Problem Solving Organization. She continues to inspire her peers by serving as a public speaker and sharing her story and work.