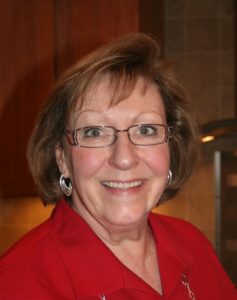 Patricia E. (Pat) Cornish, a longtime resident of Potomac, Maryland, now residing in St. Michael’s, Maryland, is one of these Unsung Heroines. While well-known among Business and Professional Women (BPW) members in Maryland, as well as nationwide, and known in other spheres for her many contributions, she remains “unsung” in most of our state.

Pat Cornish began her career as a as a legislative aide on Capitol Hill with the House of Representatives. After more than 30 years employed by major accounting firms, she began her own business, PEC Financial Consulting, in 2004. As founder, president and CEO of PEC Financial Consulting, she offers accounting and tax services, software installation and training, and consulting services. Her clients include personal service companies, doctors, dentists, law firms, nonprofit organizations, and retail stores.

Her interest in women’s issues and legislation led her to become involved in Business and Professional Women (BPW), an organization that works to empower women to achieve their full potential and partners with employers to build successful workplaces. She became involved locally with BPW before being elected national president of Business and Professional Women USA in 2000 – 2001.

Under her leadership, she developed a strategy to reposition corporate assets, created an investment policy, and initiated partnerships with Wyndham Hotels, Edward Jones and SBC Communications, resulting in a successful Social Security Summit that took place in Washington, D.C.

Pat Cornish is a mentor and inspiring role model for innumerable women — in Maryland and throughout the country.