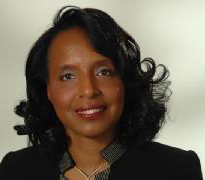 For more than 42-years, Mrs. Draper has been the impetus of the broadcasting and print industry.

Award winning journalist and Baltimore native, Mrs. Draper began her career as a student correspondent at the Baltimore News American in which she was the only woman to work in all male environment.

Mrs. Draper spent 10 years as a local editor and reporter for the Baltimore Sun. She subsequently worked as an assignment manager and local show host at WJZ-TV, director of public affairs for the governor’s office and director of community affairs for the National Aquarium in Baltimore.

She has rendered countless hours of support to thousands of aspiring journalists, public relations representatives, and business associates. She never says no and is always willing to help a person in need get to their next level of success.

Mrs. Draper helped me when no other person would. I worked for the National Aquarium in Baltimore for over 15 years and decided to pursue my dream of working as broadcaster. After I enrolled at the Broadcasting Institute of Maryland, my assignment was to interview someone at a television station. I chose Wanda Draper at WBAL-TV. She agreed and afterwards, I filled out an application into the Internship Program. I was accepted into the Internship Program in the TV News Department. I interned for about two months and was hired as an Assignment Editor and later promoted to Programming & Public Affairs under Wanda Draper’s leadership. I appreciate everything that she has done for me and everyone in the industry.