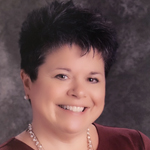 “Dr. Rosenkrans comes to our board as a passionate advocate for ensuring that Maryland’s women and girls become a part of our history,” says Diana Bailey, MWHC’s Executive Director. “She is a dedicated volunteer researcher for MWHC who discovered many untold stories. As a plus, Amy is also a memorable storyteller who loves to share her discoveries with audiences!”

Amy Rosenkrans is a lifelong resident of Havre de Grace.  After graduating from Havre de Grace High School, she attended the College of Notre Dame of Maryland University and Goucher College. She received her PhD from Notre Dame of Maryland University where she wrote the dissertation The Good Work: Saint Frances Orphan Asylum and Saint Elizabeth Home, Two Baltimore Orphanages for African Americans. In 2017, she was awarded the Joseph L. Arnold Prize for Outstanding Writing on Baltimore History by the Baltimore City Historical Society.

As a middle school teacher, Dr. Rosenkrans is currently sharing her passion for history with students in Baltimore City. She has previously served as the Executive Coordinator for Arts Integration in Prince George’s County Public Schools, the Director of Humanities for Baltimore City Public Schools and Social Studies Teacher at Havre de Grace High School.

“MWHC is committed to highlighting the accomplishments of Maryland women of all ages and from all around the state. Dr. Rosenkrans brings knowledge, skills and a passion for ensuring that our women and girls become a part of our collective history,” says Ms. Bailey.

See the roster of all MWHC’s board members at www.mdwomensheritagecenter.org/board-of-directors/.