(August 2, 2022) Despite its landmark status at 333 N. Charles Street in Baltimore’s Mt. Vernon neighborhood, and its fond memories in the hearts of many longtime Baltimoreans, no one has documented and celebrated the history of the Woman’s Industrial Exchange (WIE).

That will change when the Maryland Woman’s Heritage Center (MWHC), who now occupies the WIE’s former retail space, and the building’s current owner, Marian House, embark on a two-year project to catalogue artifacts that remain in the building, collect oral histories from people who loved this Baltimore locale and permanently preserve it all to share with Baltimoreans and visitors. The project is now possible with a generous $15,000 grant from the Baltimore National Heritage Area. (Continued below photos) 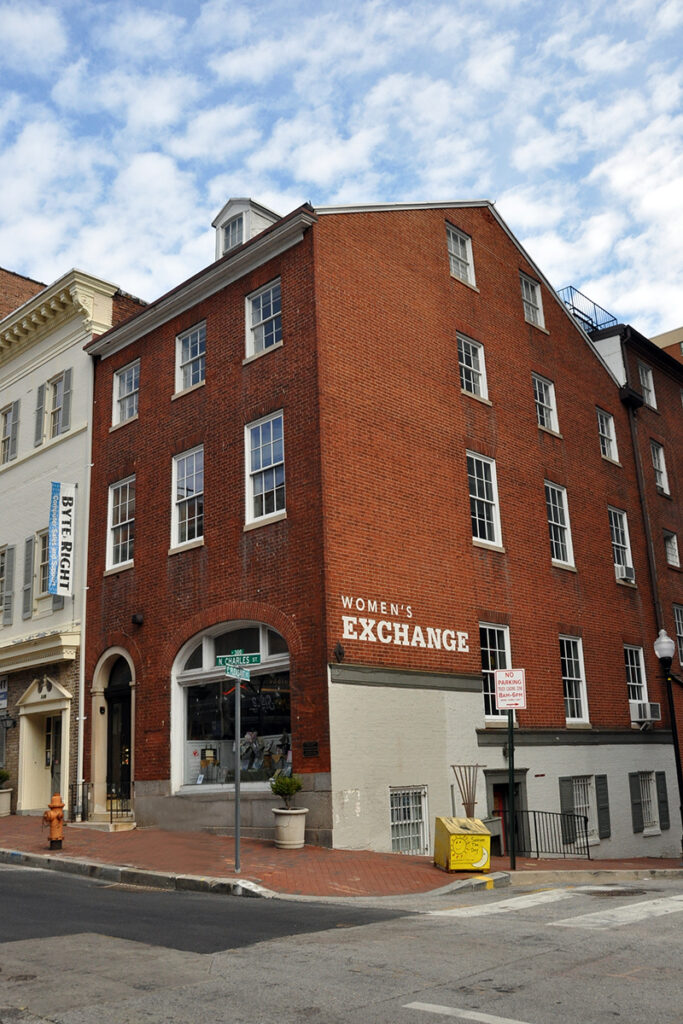 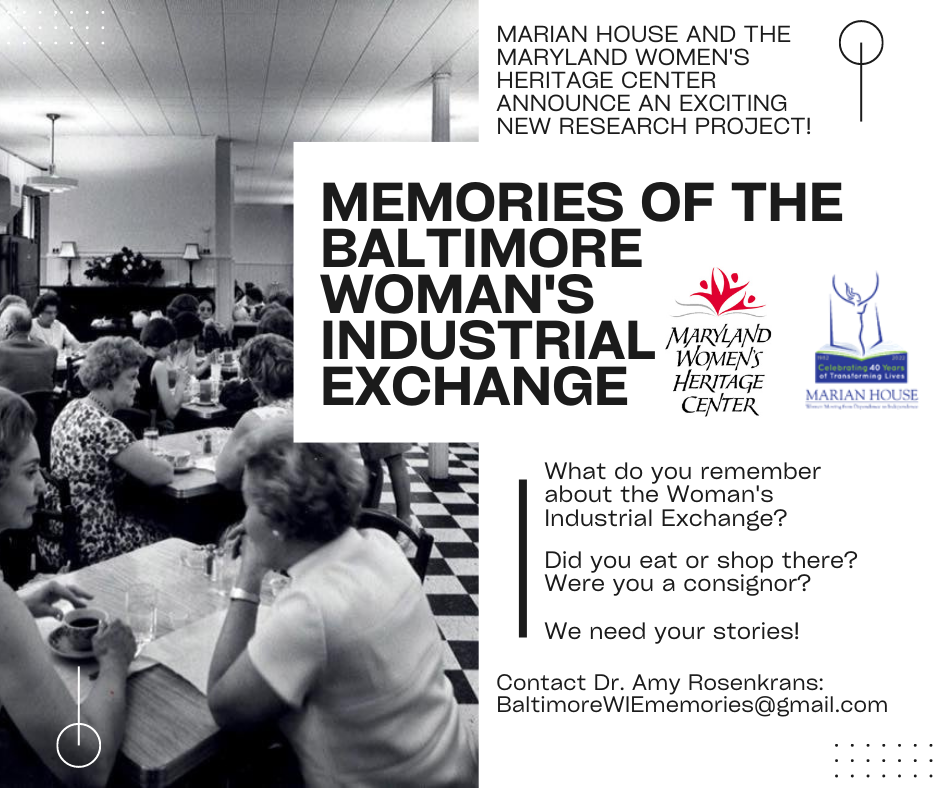 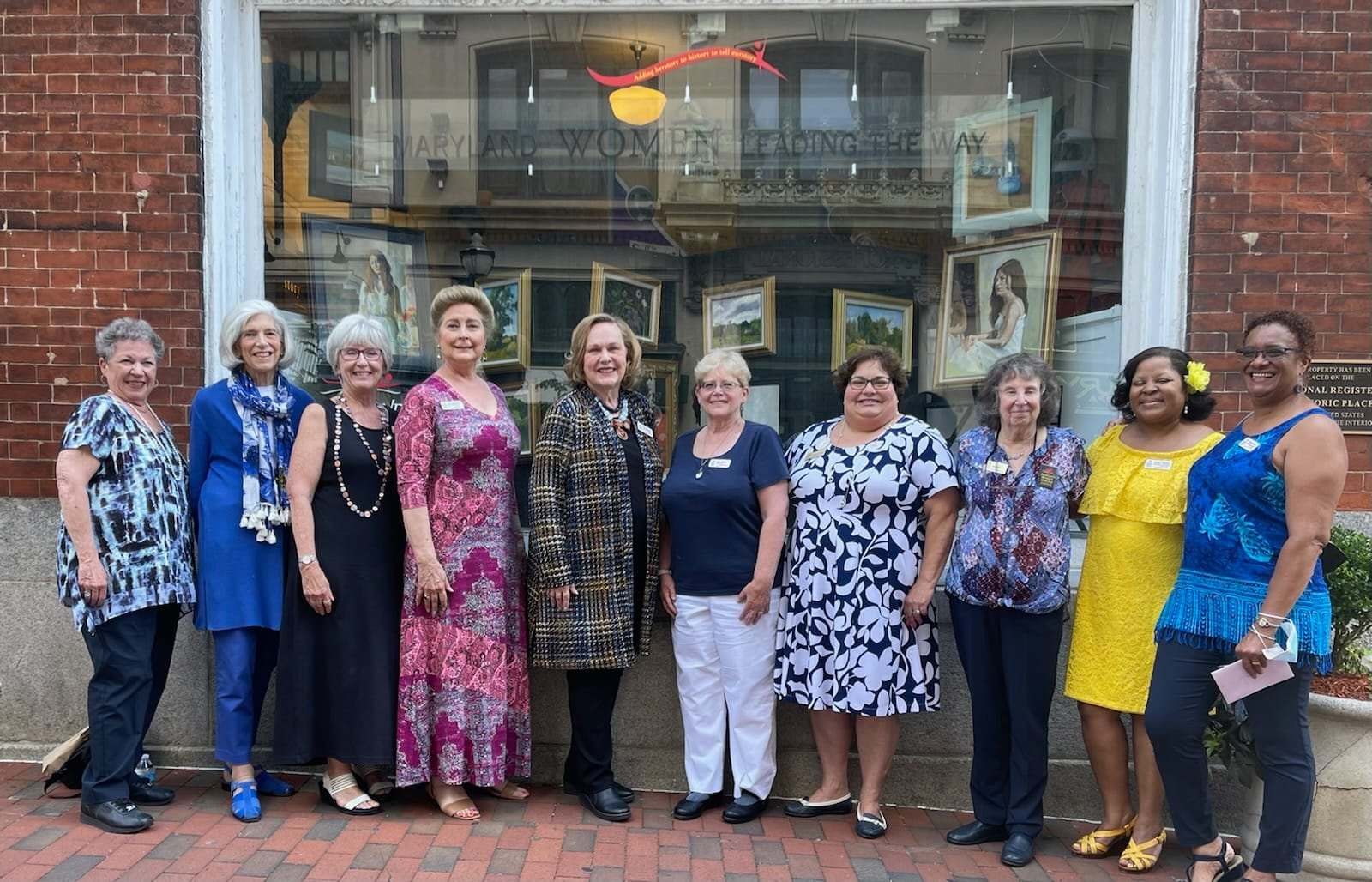 MWHC Board of Directors, June 2022

Founded in 1880, WIE helped craftswomen discreetly earn money and operated in various forms until June 2020. The mid 20th century lunchroom with its chicken salad and tomato aspic remains a part of Baltimore lore.  While the MWHC occupies the former WIE retail space, Marian House uses the remainder of the building for their programs that support women who have experienced homelessness.

Katie Allston, Marian House President & CEO, exclaims, “We are thrilled Maryland Women’s Heritage Center is taking on preserving Baltimore women’s history and accomplishments with support of this grant and telling the history and impact of the Women’s Industrial Exchange in their historic, new home. Marian House has felt a strong sense of responsibility to ensure that the impact of WIE is not forgotten and it lives on in our mission.”

“We will celebrate WIE’s waitresses, board members, craftswomen, volunteers and customers,” says Diana M. Bailey, MWHC’s Executive Director. “They built a unique legacy and we look forward to sharing their stories.”

With a combination of research, cataloging, crowd-sourcing, social media, physical and online exhibits, recorded oral histories and special events, MWHC will ensure that WIE’s role in Baltimore history, as well as these artifacts, is preserved. The focus will be on WIE and its people in mid-20th century Baltimore.

Dr. Amy Rosenkrans, a MWHC board member, historian and Baltimore City middle school social studies teacher will lead the project with assistance from MWHC board members, volunteers and community partners.

“We were excited to find records and ephemera that remain in the building and are uncatalogued in boxes,” noted Dr. Rosenkrans. “They will be professionally preserved and displayed as part of the project. We are grateful to the BNHA for their confidence in us and for financial support so that this story can be told and preserved,” she added.

The MWHC and Marian House welcomes anyone with memorabilia and/or who wishes to be part of the oral history project to contact Dr. Amy Rosenkrans at BaltimoreWIEMemories@gmail.com 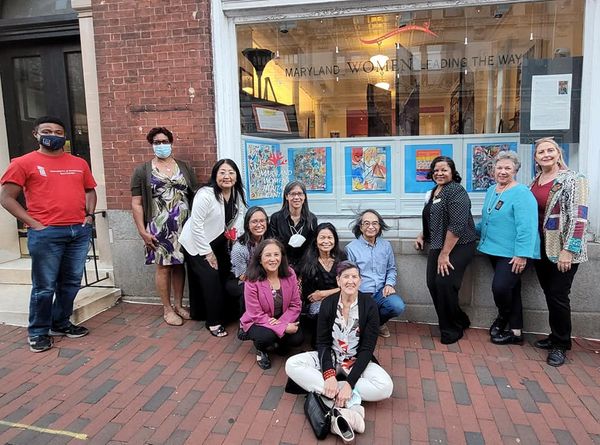 Artist Sony Florendo’s friends and family at her posthumous art reception at the Maryland Women’s Heritage Center. MWHC features rotating exhibits of women artists in the window of the former Woman’s Industrial Exchange.

The Maryland Women’s Heritage Center recognizes, documents and celebrates the contributions of Maryland women, past and present, to our social, political and economic order. We do this with a combination of exhibits, events and online features that pay tribute to Maryland women’s contributions in education, politics, science, community activism, the arts, the military, business and other areas. Our exhibit space, located in the Marian House/Woman’s Industrial Exchange at 333 N. Charles Street, is open by appointment and for special events.

Marian House is a holistic, healing community for women and their children who are in need of housing and support services. We provide a safe, sober, loving environment that challenges women to respect and love themselves, confront emotional and socio-economic barriers, and transition to stable and independent lives. In Better Waverly, Marian House provides transitional and permanent housing to women and children in need. Marianhouse.org