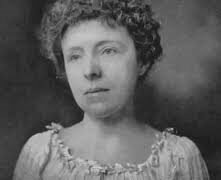 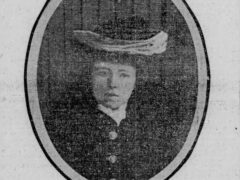 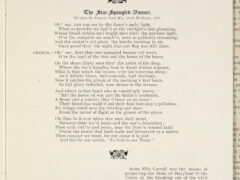 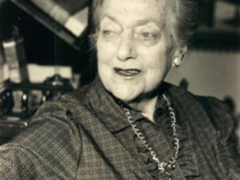 “Etta” Henrietta Haynie Maddox lived from 1860-1933 in Baltimore, Maryland. Her father John T Maddox, was a lawyer and Justice of the Peace. Her mother was Susanna Moore Maddox. She grew up with two older sisters, Margaret and Emma. Emma married William Funck. Etta never married and lived with the Funks her entire adult life. She grew up and fought for a place where women could practice law. She worked for women’s rights, and blazed a trail for all women to follow.

Etta Maddox helped change the world in amazing ways. She did not follow the typical role of the women around her. She had dreams that were not even realistic in her day, but she persisted and succeeded as no other woman before her had. She fought for women’s rights, and worked hard to let her voice and the voice of women all around her be heard. Her greatest achievements were within her choice of profession as a woman lawyer. She became the first woman to not only graduate from Baltimore Law School, but in 1901 she became the first female Lawyer in the State of Maryland, an occupation unheard of for women in her day.

Education was important to Etta. She attended Baltimore public schools and graduated from Eastern Female High School in 1873, where she received a Peabody Gold Medal for high marks. She then turned to music and voice as she studied at the Peabody Conservatory of Music from 1873-1875. However, music was not to be her life’s pursuit.

Etta had decided to became a lawyer like her father. She entered Baltimore Law School and was the first female graduate in 1901. Even though she had achieved what no woman had, she still needed to fight for more changes before she became a Lawyer. Maryland did not permit women to take the state bar exam. With her determined spirit, Etta took her case to the Maryland Legislature. Standing before the Judiciary Committee with other female lawyers from the United States, she presented a strong case to be allowed to take the bar exam. As a result, in 1902 a law was passed allowing females the right to take the bar exam and practice law in the state of Maryland. Etta immediately took the bar exam and passed and became the first licensed female lawyer in the State of Maryland. She practiced law all her adult life.

Throughout all her challenges with law school, Etta was a staunch defender of women’s suffrage. In 1894 she became involved in The State Woman Suffrage Association and served as a State officer for over 10 years. Etta was a strong supporter of women’s suffrage, equal rights for women and rights for children. Etta authored the first suffrage bill for Maryland in 1910. After the suffrage movement Henrietta went on to become active in the Women’s Democratic Club of Baltimore in 1920. She was part of this movement all her life. She and her sister Emma were both very involved in the struggle for women’s rights.