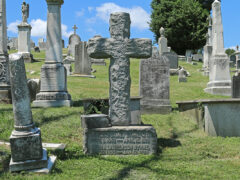 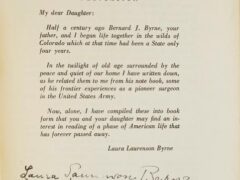 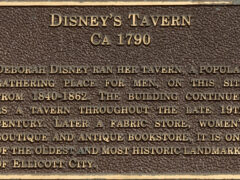 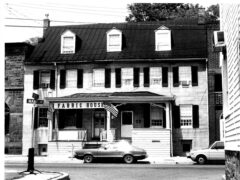 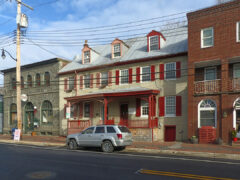 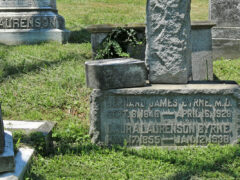 By Kathi Santora, MWHC Volunteer and owner, The Writing Studio
Laura Laurenson Byrne was previously featured in Dying to Tell Their Stories.

For example, in the 1880s, she travelled alone by train and stagecoach from Baltimore to Ft. Lewis, Colorado to marry her fiancé Dr. Bernard J. Byrne. He was stationed at Ft. Lewis, a US Army post built during a time when the US Government clashed with local Native Americans.

Her journey included a “snow blockade in Pueblo, New Mexico that delayed her journey for weeks (as well as) a stage coach ride with a drunken driver, the horses at a mad run over snow with a yawning cavern nearby.”

In a journal of his life, later published by his wife, Dr. Byrne said upon her arrival, “Never had her soft brown hair and dancing hazel eyes looked lovelier to me than on that twenty-ninth of January, 1881.”

Dr. Byrne’s bride arrived to find a two-room home with a tent for a dining room and an attached kitchen.

These new modest quarters were probably unlike anything in Laura’s experience. Her maternal grandfather was Charles Carroll IV, of Homewood. She grew up in her parents’ Baltimore County estate Litterlouna.

After living in these rough conditions for seven years and after the loss of a child, the couple returned east, settling in Ellicott City. In 1900, she lived with her husband, her brother Charles Laurenson, nephew Phillip, two servants and a lodger on Ellicott Street (currently Church Street). In 1910 she lived at 8304 Main Street in the Historic Disney Tavern with her husband, daughter Laura L. (born 1890) and Bernard’s sister, Eliza.

It’s not clear what inspired Ms. Byrne to take up the suffrage cause. As president of the newly-formed Just Government League (JGL) of Howard County, she attended most meetings. One was a semi-annual meeting in April 1911 in the “social services building.” Another featured Belva Lockwood, the oldest practicing female attorney in the United States, and Col. Richard Plunkett from Wyoming, both speaking for women’s suffrage.

Ms. Byrne also frequently opened her home to participants of house-to-house car tours and suffrage hikers from other areas. Women often used these methods to spread the word about suffrage and to show doubters that suffragists were everyday people like themselves.

Articles in The Baltimore Sun, The Evening Sun, Maryland Suffrage News, Evening Capital and Democratic Advocate show that she was a sought-after public speaker throughout Maryland.

She addressed JGL gatherings in Baltimore City, Mt. Airy, Westminster, Eastport, Catonsville and Annapolis. In 1914, she was on hand for Women Suffrage Day at the Taneytown Fair and the suffrage bazaar at the 5th Regiment Armory.

In June 1915, Ms. Byrne and friend Miss Marjory Matthews joined the Prairie Schooner 1,000-mile expedition around the counties of Maryland at LaPlata. They spoke to as many as 2,500 people and recruited 350 new JGL members.

The Byrne family briefly moved cross-country to California. It did not slow her JGL suffrage advocacy. In April 1920, Ms. Byrne, described there as a “former officer of JGL” and “a woman voter of California,” was toastmistress for the day of California’s JGL Annual Meeting.

She later returned east and settled in Baltimore, remaining active in the JGL. Over the years, her daughter Laura and her younger sister Mrs. Nora Meyer also participated in many suffrage events activities around Maryland with her.

Later in life, Ms. Byrne she settled with her daughter (aka Mrs. Chandlee Hopkins Hickok) in Cranford, New Jersey. At age 80, she traveled on a European sight-seeing trip.

Laura Laurenson Byrne must have met and influenced hundreds of people in around Maryland and in California with apparently tireless efforts to make voting a reality for women.

Ms. Byrne died in Elizabeth, New Jersey at age 83 and is buried in New Cathedral Cemetery.

Podcast:
Laura Byrne: Serving Suffrage with a Smile, Ballots and Beyond, Read by Elizabeth Bobo, former Howard County Executive
Ballot & Beyond is powered by Preservation Maryland and PreserveCast with support from Gallagher Evelius & Jones and the Maryland Historical Trust.

A Frontier Army Surgeon: Life In Colorado In The Eighties