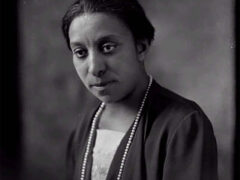 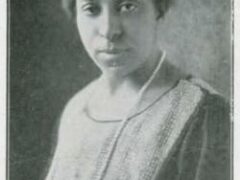 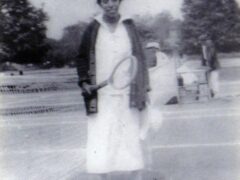 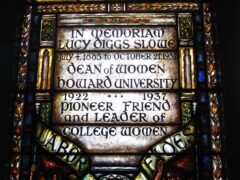 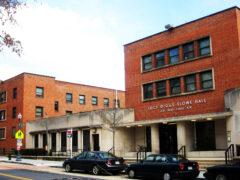 Born July 4, 1885 in Virginia to a large family dependent on a small business for its livelihood, Lucy Diggs Slowe learned how precarious life can be at a young age. An orphan by age six, she was raised by her paternal aunt, Martha Slowe Price, a former domestic servant who depended on her adult children to support herself, young Lucy and her sister Charlotte. In a few years, Price moved with her nieces to Baltimore, Maryland in order to ensure a better education for them. This would prove crucial to Slowe’s success as an educator and activist.

Aided by a scholarship and a job, Slowe attended prestigious Howard University from 1904 to 1908, the premier institution of learning for African Americans. There she participated in numerous student organizations, graduated at the top of her class, and became a founding member of Alpha Kappa Alpha, a national sorority for African Americans that would become a center of mutual support, activism, and service for generations to come. She had launched her career as an innovative creator of institutions and associations focused on the skills and needs of African American women.

After a career in public secondary education, Slowe became Dean of Women at Howard in 1922. From the outset, she sought to define the job as one that encompassed all aspects of the lives of women students and required her empowerment at Howard so that she could serve their interests. Indeed, her career illustrates the long tradition of feminist activism that focused on improving women’s status by working within key institutions. When she was hired there, Howard President J. Stanley Durkee promised her that she would receive authority and salary commensurate with her role and serve on the Board of Deans, where key decisions about budget and programs were made.

Women students felt grateful to her for her warm sociability and generosity, her support for the construction of on-campus dormitories for women, her advocacy on their behalf, and her efforts to create community and authority for them. At the same time, they experimented in new forms of urban recreation and sought a social autonomy that Slowe believed threatened their reputations and well-being. Although she was a strong critic of the rigid rules that restricted women students on African American campuses, Slowe also sought to instill Victorian values of respect for high culture and a more conventional form of womanhood.

Her situation changed drastically when Mordecai Johnson became president, setting up a historic confrontation. He sought to diminish her powers by refusing her budget requests, removing her from the Board of Deans, and allowing her pay relative to other deans to decline. He also tried to force her to live on campus, a threat she found deeply offensive to her autonomy as an adult. She owned a home in the community which she shared with her life companion, Mary Burrill. It is difficult to determine how much Johnson’s actions were motivated by his authoritarianism, his obviously patriarchal attitudes toward women, or by homophobia. Slowe took her grievances to the alumni, key allies in the community, and the press, further angering him.

Her career illustrates the barriers and opportunities that women faced when they attempted to create gender equity in American institutions. Her actions that promoted non-traditional work for African American women and her efforts to secure their political, cultural, and economic authority sometimes put her at odds with Howard’s leaders and sometimes with the very students she sought to empower. Lucy Diggs Slowe, who died in 1937, embodied the paradoxes and possibilities of feminism in an elite African American institution in the 1920s and 1930s.