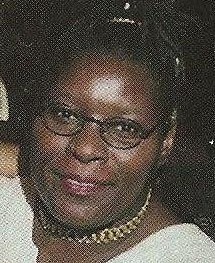 Vickie Marie Oliver-Lawson is a retired public school administrator, wife and mother of two. This Baltimore native is an alumnus of Morgan State University and Loyola College. She is listed among Who’s Who in the East and Who’s Who Among Business and Professional Women. Vickie was recently inducted into the Baltimore chapter of the National Association of Negro Business and Professional Women Clubs, Inc.

Over the years, Vickie has collaborated with other poets and been featured on various radio programs via the Internet including The Arts Have It, Thru the Cracks of Time and Vocalized Ink. Vickie’s poetry has also been featured several times on Baltimore’s WOLB, WCAO’s Instruments of Praise and Morgan State University’s WEAA radio programs.

Her first professionally published collection of poetry is entitled Vocal Moments, which was given favorable reviews by both Rawsistaz and Marguerite Press. Her second self-published collection of poetry is Timeless Influences, released in 2009. She writes children’s books and has self-published two titles: In the Quilting Tradition (2005) and Assata and the Secret of the Cowrie (2008).

Her work has been featured in several other publications, including Harford County’s Manorborn and a magazine produced in Poughkeepsie, NY called Get Wit’ It. Vickie also performed in two choreopoems at the Harlem Theater in NY entitled The Strength of Sisterly Love (2002) and Womenwording: Dueling Tongues (2004). She has performed her works in NC, MD, PA, NY and Washington, DC.