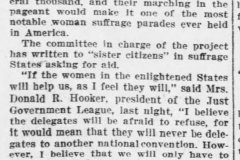 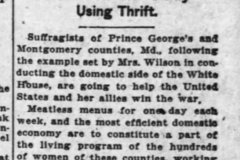 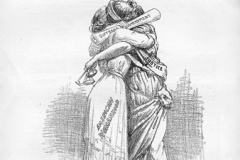 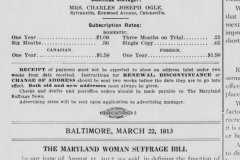 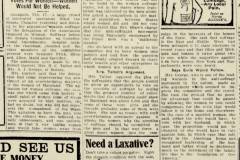 Even in the late 1800s and early 1900s, suffragists understood the power of the press. They paraded, picketed and gathered in public spaces with the intention of drawing attention to their cause.  More recently, when we celebrated the 100th anniversary of the 19th amendment, authors, educators and history lovers worked to bring light to sometimes-forgotten women.

Black Women and The Vote: Lifting as We Climb by Jean Thompson, Journalist and Maryland Women’s Heritage Center volunteer

‘Brilliant and politically savvy:’ The roles of African American women in the fight to vote 100 years ago by Jessica Bliss and Jasmine Vaughn-Hall, USA TODAY, published 02/26/2020; Updated 08/16/2020

How Black Suffragists Fought for the Right to Vote and a Modicum of Respect by Martha S. Jones, PhD.

The Very Queer History of the Suffrage Movement

To the Front: Black Women and the Vote, a joint publication from AFRO and Afro Charities
Explore the suffrage movement through the voices of Black women. This is a special edition publication that connects the suffragists’ activism with that of their 21st century counterparts. The publication includes reprinted AFRO news articles covering the suffrage movement, as well as photographs of early Black suffragists. It also includes current reflections on the movement from historians, archivists, essayists and independent researchers who explore the contributions of Black women in the historic national suffrage movement and the continuing struggle against voter suppression.

A Vote for Women, produced by National Women’s History Alliance and St James House in London. A comprehensive ebook, also available in print.

The Woman’s Hour: The Great Fight to Win the Vote by Elaine Weiss

Vanguard: How Black Women Broke Barriers, Won the Vote, and Insisted on Equality for All by Martha S. Jones, Society of Black Alumni Presidential Professor and professor of history at Johns Hopkins University