Maryland’s most notable suffragists now unforgotten, thanks to historical markers around the state 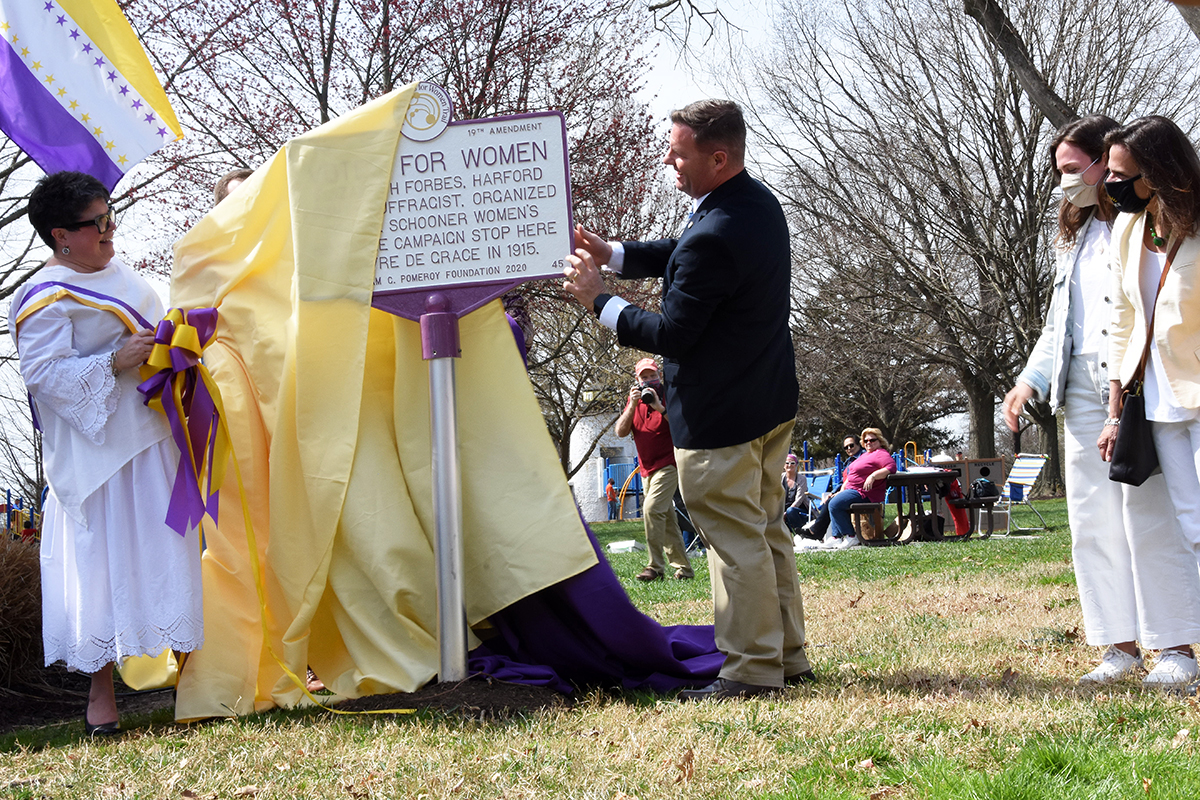 For sure, there were famous suffragists whose names have endured: Susan B. Anthony. Alice Paul. Frederick Douglass. Rightfully, they are honored in several national historic sites, such as the National Susan B. Anthony Museum and House. Their courage is never forgotten.

However, Maryland had its own suffragists. These women and men picketed at the White House, travelled statewide in horse-drawn wagons and cars to champion the cause, met at tiny Quaker meeting houses in Montgomery County, traveled with their message around Eastern Shore and descended at national suffrage conventions that took place in Baltimore.

Many of their names had faded into history.

To honor them on the occasion of the 19th Amendment centennial, MWHC, supported by our volunteer women’s history experts and funding from the Pomeroy Foundation, celebrate Maryland suffragists with the installation of permanent historical markers around the state. These markers put Maryland’s valiant women on the map since they become part of the National Votes for Women Trail.

These markers are now located in Baltimore City’s Druid Hill neighborhood, Goucher College, Havre de Grace, Sandy Spring Museum and in Ellicott City. We expect that markers in Easton, Frederick will be in place in 2022.