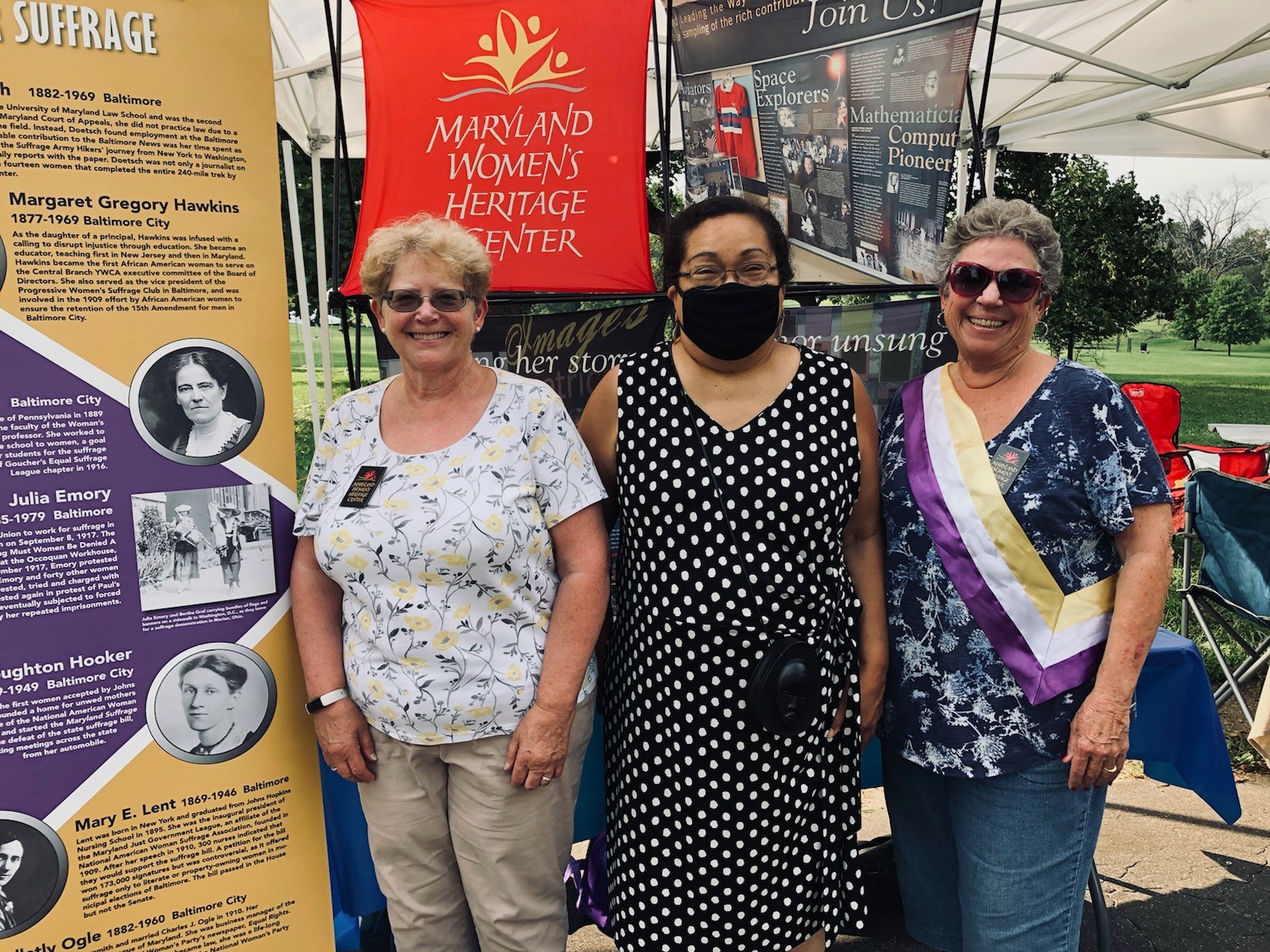 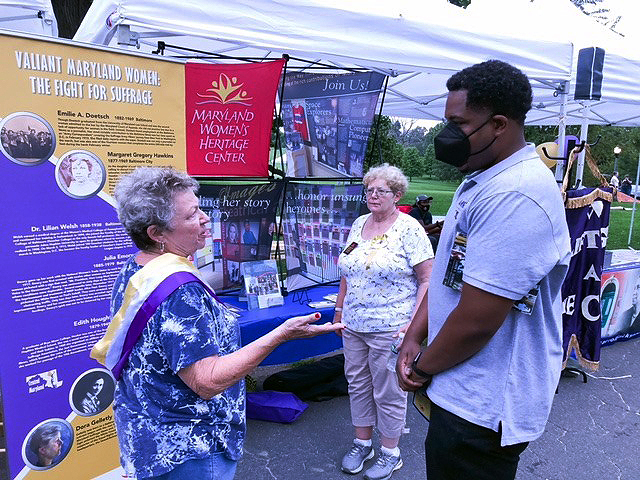 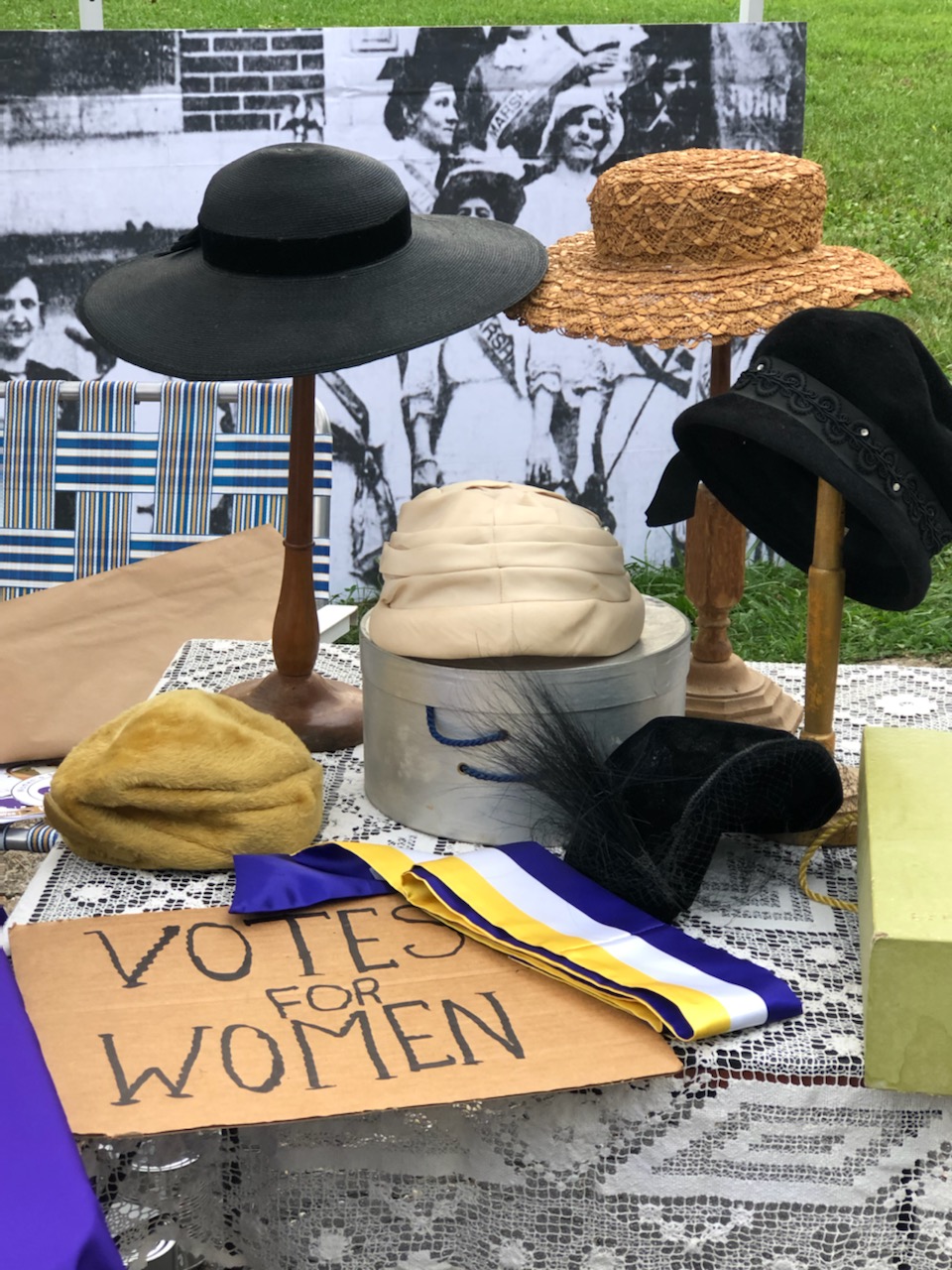 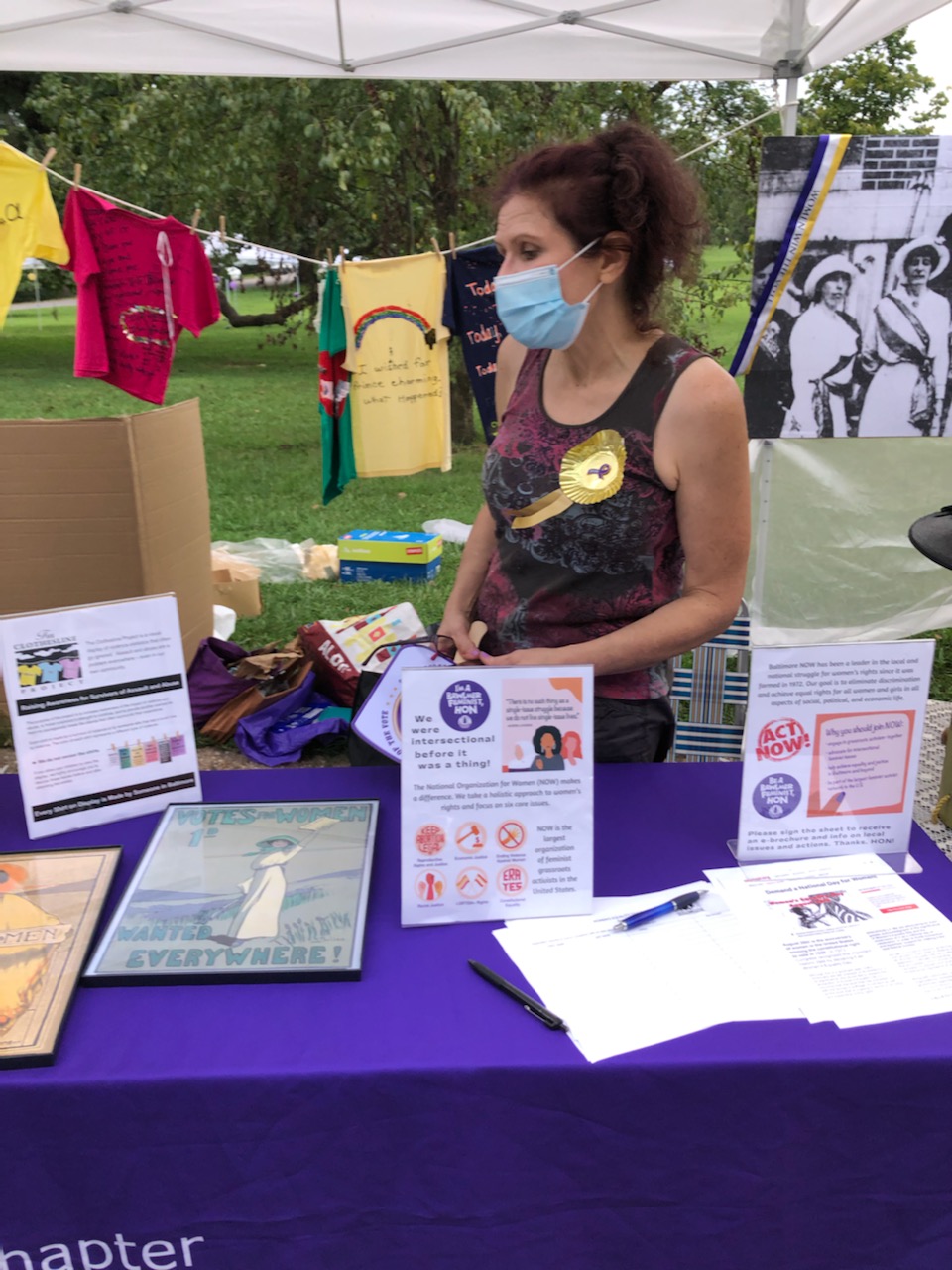 [Show thumbnails]
(September 3, 2021) Maryland Women’s Heritage Center (MWHC) joined other women’s groups in August to celebrate the Women’s Equality Day Celebration across Maryland (WEDC) and the 101st anniversary of the passage of the 19th Amendment. Events took place in Baltimore City and as well as Garrett, Prince George’s, Allegany and Montgomery counties. Each location commemorated its own local suffragists and the history that took place there as women across the country fought to affirm their right to vote in the late 19th and early 20th centuries.  (The centennial celebration was postponed due to 2020’s COVID-19 issues.)